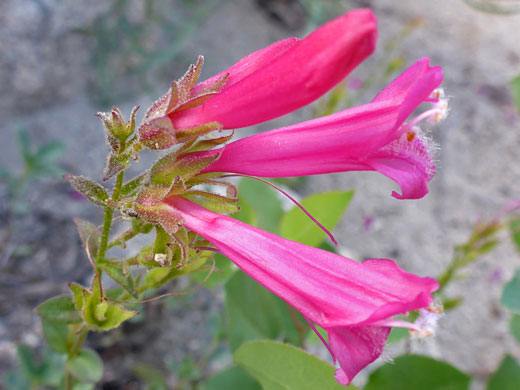 The numerous pink flowers of penstemon newberryi grow at the top of short reddish stalks rising a few inches above the leaf clusters, and often point sideways, all in the same direction. Individual flowers are just over an inch in length, tubular at the base, with five small lobes at the tip, two curved back upwards and three below; all have an inner coating of short white hairs. There are five stamens inside. Sepals are around a third as long as the tube and, like the pedicels and upper stem, have a covering of glandular hairs.

The plant is shrublike when mature, as the lower portions of the stems become woody. Rocky locations are favoured, at medium to high elevations. There are three varieties (var berryi, var newberryi, var sonomensis), differing in corolla dimensions, corolla color and whether the stamens are included or exserted. 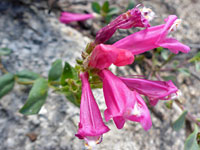 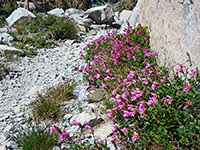 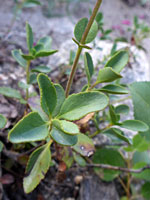 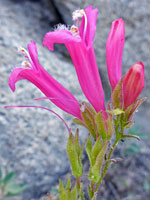