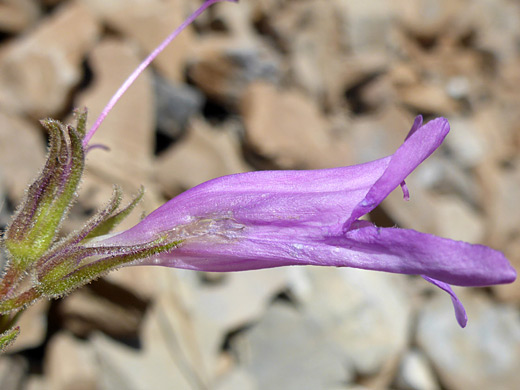 Leaves of penstemon montanus are quite distinctive, being thick, lined by small, sharp teeth and evenly covered by short, white, glandular hairs, most densely on the upper surfaces. Leaf margins are often wavy. Lower stem leaves are attached by short stalks while those higher up are sessile, and clasping. Plants produce several stems though not all bear flowers, and can form small mats. Stems are also glandular hairy, as are the bracts that subtend the flowers.

Flowers have a glandular calyx about half an inch long, divided to most of its length into five narrow, pointed lobes, and a purple, hairless corolla a little over one inch in length. The two upper lobes and three lower lobes of the corolla are approximately equal in size and shape. The stamen filaments are white, while the anthers are purple, and densely covered by woolly white hairs. There are usually two flowers per stem. 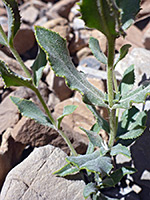 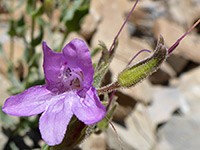 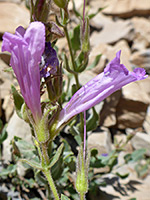