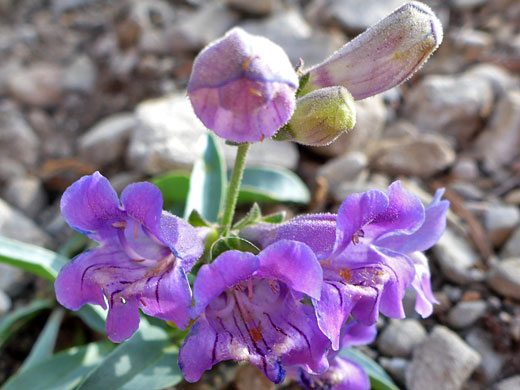 Penstemon leiophyllus occurs on the plateaus of southern Utah and in scattered locations in Nevada, including the Charleston Mountains and Great Basin National Park. Leaves grow at the base and along the stem; they are hairless, unlobed and untoothed, and glaucous. Leaves are often folded up along the midvein.

Flowers are arranged in an open cluster at the top of the stem, and all tend to face the same direction. Pedicels and calyces have a covering of short glandular hairs. Calyx lobes are ovate, and their tips curve away from the corolla. The corolla is narrow at the base, broadening noticeably below the middle, and obviously two-lipped. The two upper lobes and three lower lobes are all recurved, by around 90 degrees. The floor of the corolla is lined with a few orange hairs.

Three varieties are var leiophyllus of Utah - tall plants with oblanceolate leaves, and var francisci-pennellii and var keckii of Nevada, the latter endemic to the Charleston Mountains. Both these are much shorter plants (up to inches) with narrow leaves; the former has rather larger flowers. 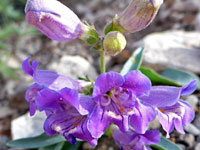 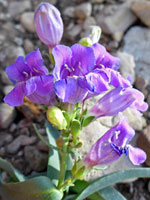 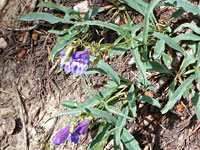 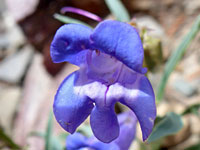 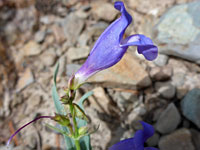 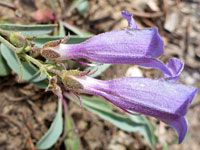