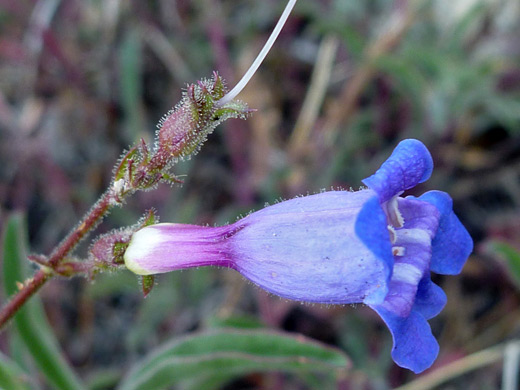 Penstemon laetus can be identified by its hairless staminode (infertile stamen), the green (not grey-green) leaves, the relatively large corolla (up to 1.5 inches long), the presence of glandular hairs on the corolla, and the color of the corolla, which is often variable along its length; blue at the lobes and upper throat, purple on the lower throat, yellow to white at the base.

Stems become woody towards the ground; they and the leaves have a covering of short, bristly hairs. Leaves grow mostly on the stems. Stems and leaf margins are often reddish-purple rather than green. Leaf edges may be folded up slightly along the axis.

The two lobes of the upper corolla lip tend to bend fully backwards, sometimes touching the throat, while the three lobes of the lower lip are less curved. The two ridges along the floor of the corolla, coinciding the with notches between the lobes, are usually white. 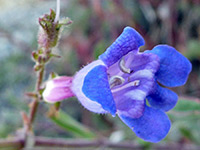 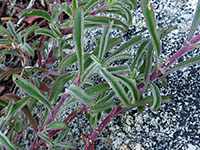 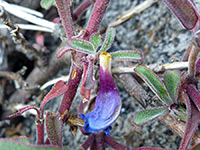