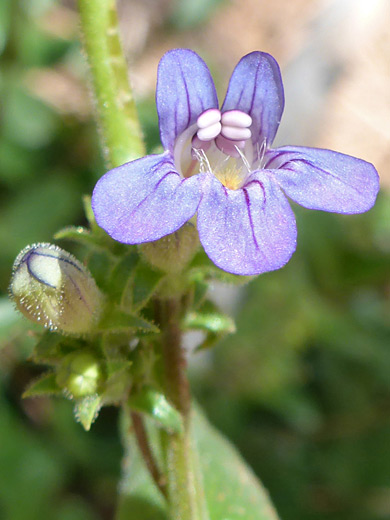 Flowers of penstemon humilis are produced in small numbers, in whorls at the upper leaf nodes; they are relatively small, around half an inch long, with white throats and blue-purple lobes, crossed by a few lengthwise, darker purple veins. The four stamens are slightly exserted below the two lobes of the upper lip; they have curved white filaments and large, pinkish, two-lobed anthers. The staminode is shorter, positioned below the middle lobe of the lower lip, and has a covering of yellow to orange hairs. A few longer white hairs are attached to the inside of the lower lip, while the outside of the corolla is sparsely covered by short, glandular hairs.

Leaves grow mostly at the base, attached by short stalks, but also at widely-spaced intervals along the stem, where they are sessile, and clasping. 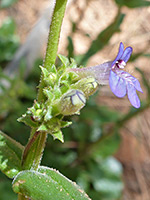 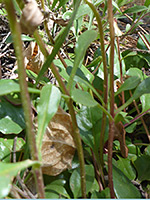 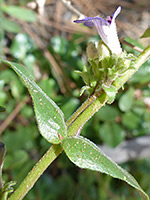