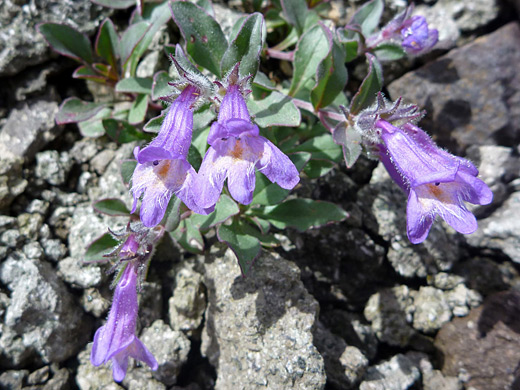 Penstemon harbourii is a low-growing species of the alpine zone, inhabiting open, rocky locations. Flowers are purple, pinkish or bluish, paler inside. The corolla tube opens to five rounded, similar-length lobes, two upper and three lower; these latter have tufts of thick, white hairs near the lip. The staminode (infertile stamen) is orange-brown, bearing similarly-colored hairs at the tip. Flowers are about one inch in length.

Leaves grow at the base; they have red edges and short hairs on both surfaces; similar hairs are found on the outside of the corolla tube, the lower part of which is ringed by five thin, pointed, green to purple bracts. The plant grows close to the ground, forming mats several feet across 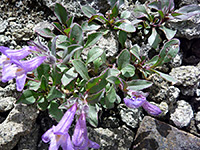 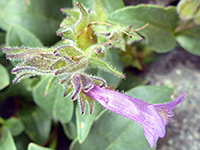 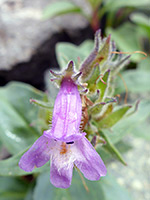 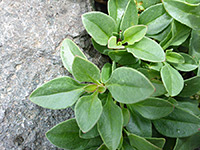 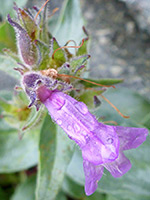 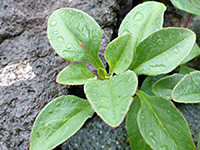