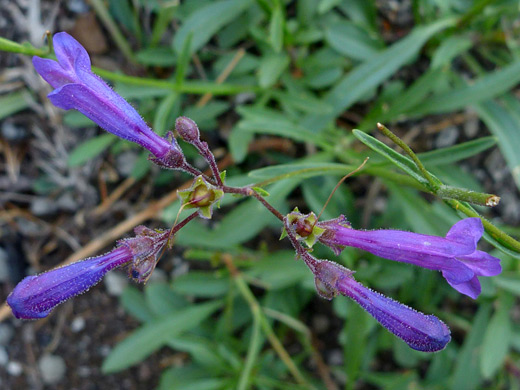 Distinguishing features of penstemon gracilentus include the hairy staminode (infertile stamen), the hairless and unlobed leaves, and the lower lip of the corolla, which is not curved backwards. Stems are also hairless, and become woody with age. Leaves are concentrated along the stems rather than at the base, in opposite pairs.

Unlike the stems and leaves, the flowers and their stalks are glandular, covered by short sticky, hairs. Flowers consist of a short, purplish-green calyx, opening to five lance-shaped lobes, and a tubular, blue-purple corolla, a little less than one inch long. Corolla lobes are much shorter than the tube, and all open by about the same amount, less than 90 degrees. The staminode has a covering of yellow hairs. 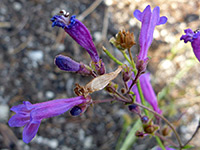 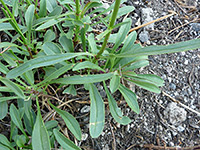 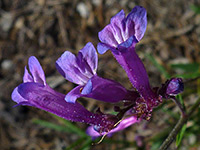 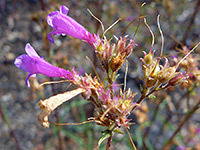 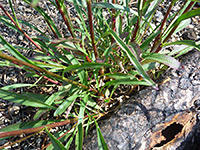 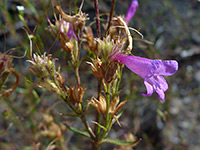 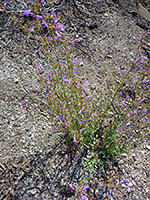