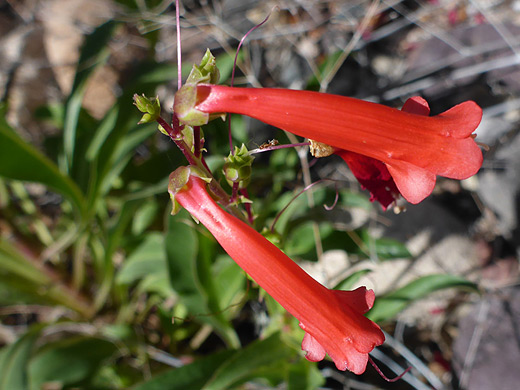 The green leaves of penstemon eatonii grow mostly around the base, in a rosette, but also some way up the stems, though the majority of the stem bears only flowers, often a hundred or more, in closely-separated clusters. Stems may reach a height of three feet but often the weight of flowers causes them to lie close to the ground.

Individual blooms are a little over an inch in length, tubular, with five small lobes at the tip opening out just a little way; inside are yellowish stamens and anthers. The infertile staminode is either hairless, or lightly hairy at the tip. The calyx is short, around 1/8 of an inch long, with five ovate, overlapping lobes. Flowers tend to point all in one direction.

There are three subspecies. Ssp eatonii is hairless throughout, while the other two variants have a short covering of soft hairs. Ssp exsertus (found only in Arizona) has anthers that protrude well beyond the corolla lobes, while ssp undosus does not. 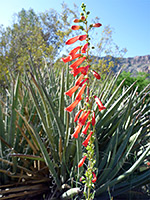 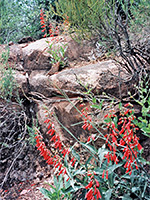 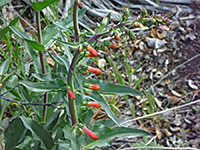 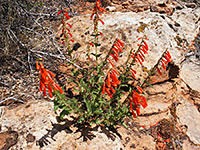 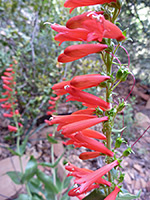 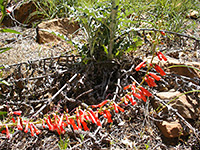 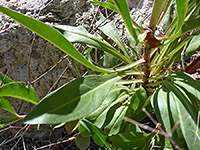 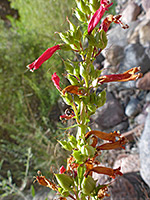 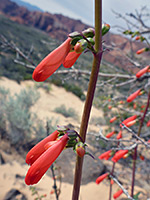 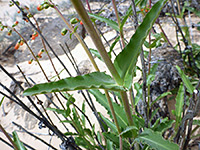 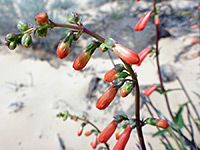 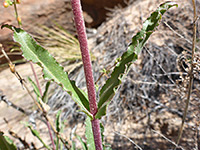 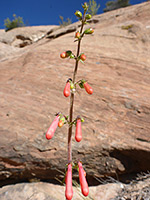