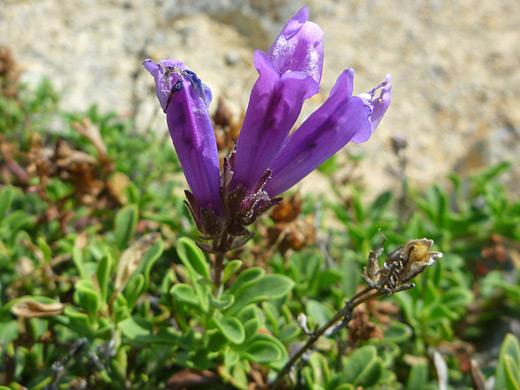 One of the low growing penstemon species, penstemon davidsonii has a thick mat of small, oval leaves growing along short stems, woody at the base, and produces large lavender flowers in summer. These grow from the tip of stalks which also bear a few leaves, even smaller, and have the familiar structure for this genus of a five-lobed tubular corolla (two lobes curved back upwards and three downwards), with five stamens, one (the staminode) infertile and hairy. Sepals are purplish, and covered with short glandular hairs.

The plant grows in high elevation areas of the Pacific states, especially in the northern Sierra Nevada and the Cascades. There are three varieties, davidsonii, menziesii and praeteritus, differing mostly in their leaf characteristics. 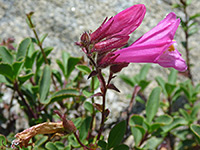 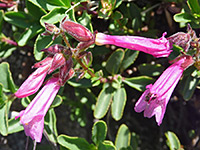 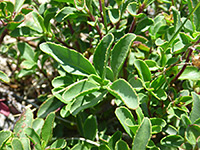 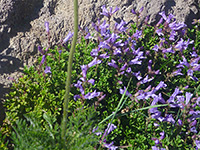 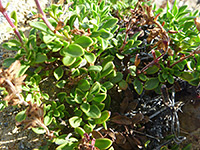 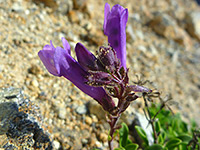 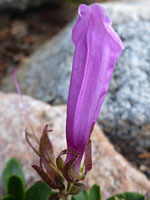 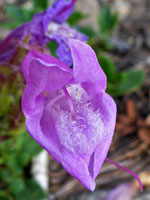 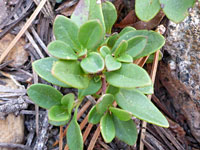 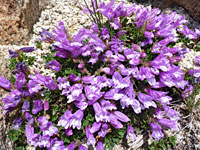