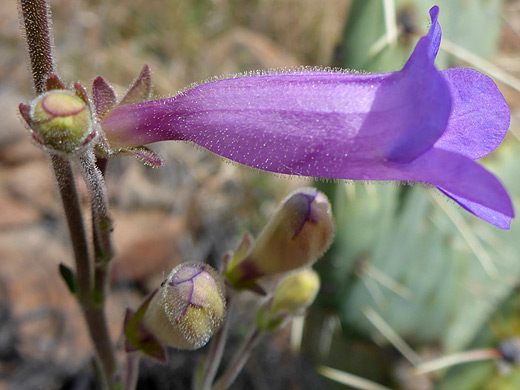 The main, springtime flowering of penstemon dasyphyllus may be followed by a second bloom in late summer. Plants are fairly widespread across a small part of south Arizona, and also found, less commonly, in the Big Bend area of west Texas. Leaves are long and narrow, widest near the base, and have a covering of very short hairs, as do the stout, greyish-green stems.

The inflorescence is an elongated cluster, the flowers borne on short stalks along the upper third of the stem. Flowers have a small, five-lobed calyx, and a bell-shaped, pink (around the base) to bluish-purple (at the lobes) corolla, narrow at the base then widening abruptly just beyond the calyx lobes, and opening at the top to a two-lobed upper lip and a three-lobed lower lip. Corolla and calyx are covered by short, glandular hairs. The throat of the corolla is lighter in color, and crossed by dark pink veins. The staminode (infertile stamen) is white and hairless, while the stamens are longer, with curved white filaments and hairy, pinkish stamens. 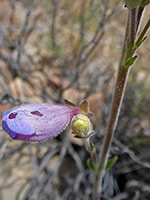 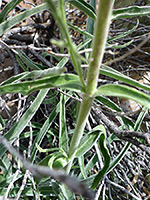 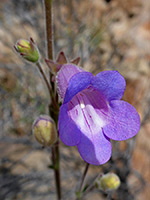 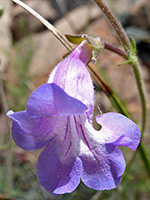