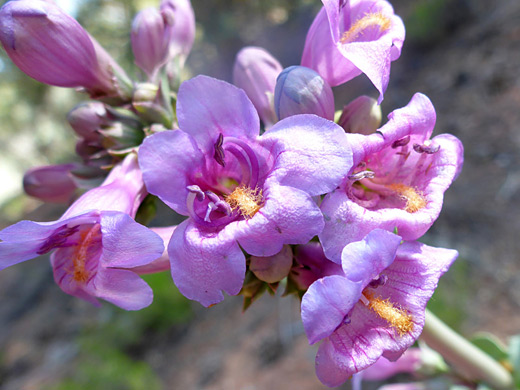 As the common name suggests, penstemon confusus is found in California's Owens Valley, though is more widespread in east Nevada and west Utah. California plants are sometimes considered a separate species, however; penstemon patens. The unbranched stem and the greyish green leaves are smooth and completely hairless, with a glaucous coating. Leaves grow at the base and in opposite pairs along the lower half of the stem, where they are reduced in size.

Flowers are produced in an elongated cluster along the upper half of the stem; they have a short calyx, opening to five ovate lobes, and a tubular, hairless corolla up to 0.8 inches long, colored pink to bluish, crossed by darker pink veins on the inside. The lower lip, divided into three rounded lobes, is recurved by 90 degrees or more. The four stamens are coiled, held within the corolla tube, while the staminode is extended; its tip covered by thin, yellow or orange hairs. 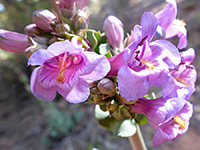 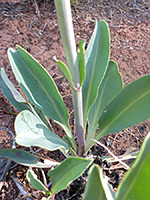