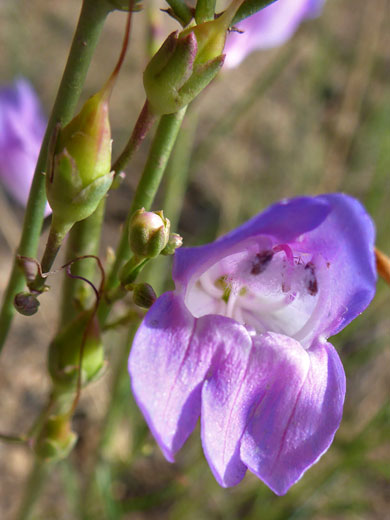 Penstemon comarrhenus, Fairyland Canyon Trail, Bryce Canyon National Park, Utah
Most leaves of penstemon comarrhenus grow at the base of the stem, where they are oblanceolate in shape; those higher up are narrower, more linear, clasping, and quite widely spaced. Stem, leaves and flowers are usually hairless. Leaves are somewhat folded up along the axis. Stems are often purple towards the base.

The hairless corolla is pale blue to bluish purple, opening to two broad upper lobes and three narrower lower lobes, which are crossed by a few darker veins. The four stamens have quite thick, curved, white filaments and dark red anthers, which are covered by long, straggly white hairs. The corolla is narrow for its lower third, then much wider above. Flowers are attached by stalks about half an inch long. Flowers tend to be distributed evenly around the stem, not concentrated on one side. Fruits are short, purplish capsules, with a long, persistent, residual style at the tip. 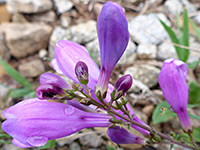 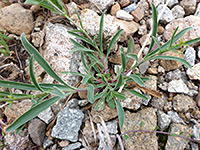 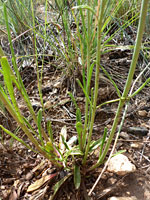 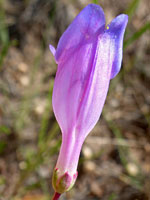 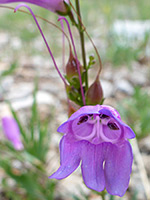 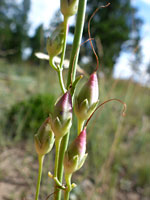 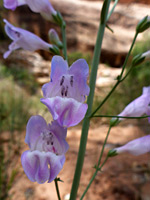 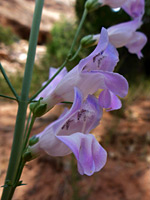