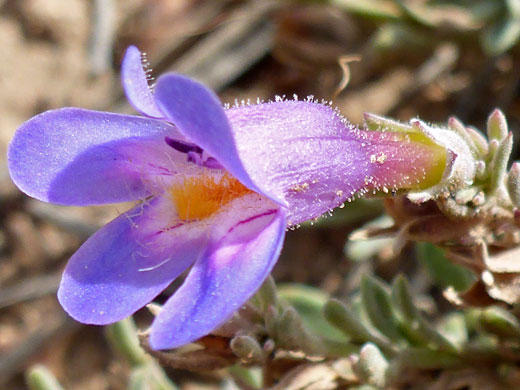 Penstemon caespitosus is a low-growing, mat-forming species with tiny, clustered leaves less than half an inch long, densely covered with short hairs that are angled backwards, away from the leaf tips. Leaf shape varies from linear to narrowly oblanceolate (var desertipicti of southern Utah and northern Arizona), spatulate to obovate (var perbrevis, restricted to several plateaus in central Utah and western Colorado) or more typically oblanceolate (the widespread var caespitosus). Stems are usually prostrate, or ascending at a low angle.

Pedicels and sepals are glandular hairy. The narrow calyx teeth are angled away from the base of the corolla, which is also sparsely glandular. The blue-purple corolla widens below the middle, and is divided into a two-lobed upper lip and three-lobed lower lip; all lobes are only slightly recurved. The four stamens have white filaments and purple anthers, while the staminode (infertile stamen) is straight, and densely covered with orange hairs. 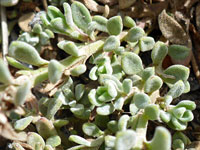 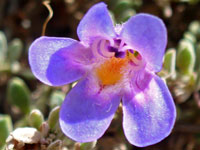 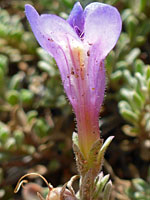