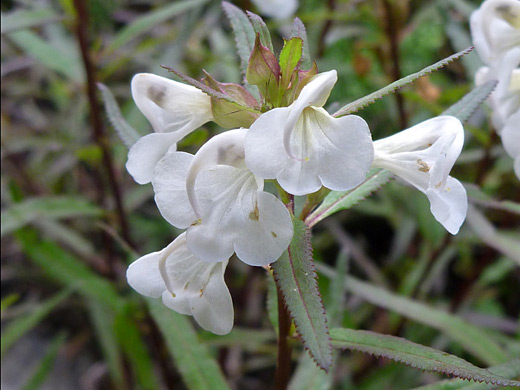 The unbranched, hairless stems of pedicularis racemosa are usually red/purple, and the narrow, lance-shaped leaves may also have a reddish tint, more so early in the season or during long periods of cloudy weather. Leaves are longest (up to 3 inches) around the middle part of the stem.

Flower corollas are usually white, sometimes pale pink or pale yellow, composed of an arching upper lip that extends to a sharp, narrow, downwards curving point, and a much wider, three-lobed lower lip. The common names sickletop lousewort and parrot's beak refer to the shape of the upper lip. Flowers form in small groups at the top of the stem and the upper leaf axils. Beneath the flowers are leaf-like bracts, similar in length or slightly longer. 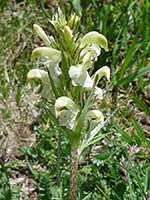 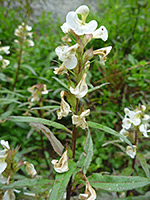 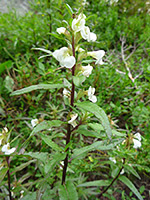 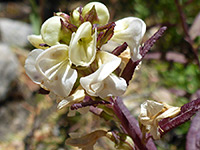 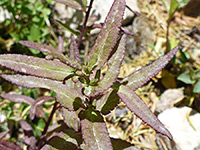 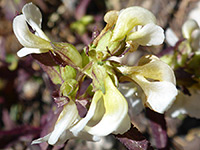 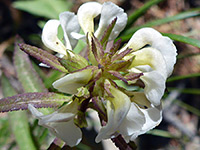