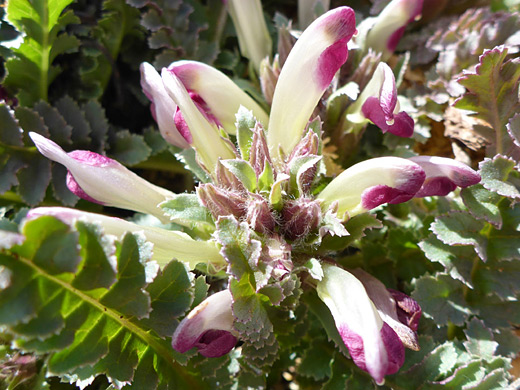 Pedicularis centranthera is a distinctive plant, forming spreading mats of compound leaves and relatively large, bright flowers, different to most members of this genus which grow upright. Stems are short and hairless, while the fern-like leaves are basal, divided into small leaflets, and are always longer than the inflorescence. Leaflet edges are variously toothed, lobed or wrinkled, and the margins often have a red or purple tint.

The inflorescence is subtended by green or reddish bracts, generally shorter than the corollas. Flowers have a hairy, four-lobed calyx, less than one inch long, and a hairless, two-lipped corolla, mostly colored white to pale yellow except for the tips which are pink to purple. The upper lip is slightly longer than the lower lip, and the corolla is club-shaped. Yellow anthers project a little way above the lobes. 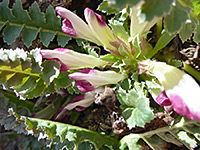 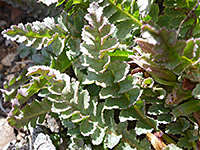 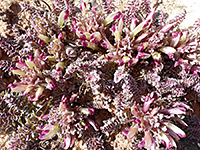 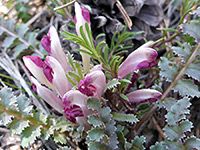 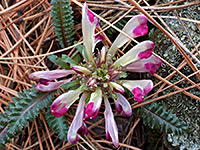 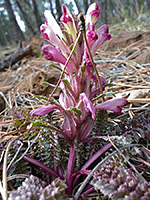