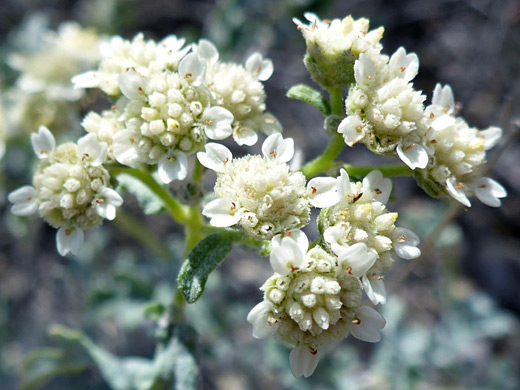 Flowerheads, around a third of an inch in diameter, are formed of five relatively broad, notched, white (pistillate) ray florets, equally spaced around a center of between 10 and 25 white staminate disc florets. Phyllaries are in two series of five, the lower oval-shaped, the upper more rounded. Flowerheads are borne in compact clusters (glomerules). 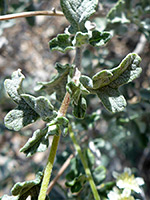