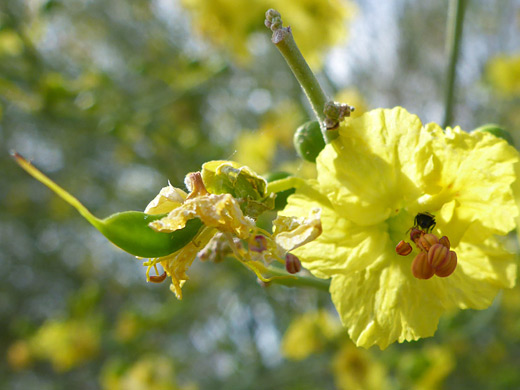 Parkinsonia florida, one of three palo verde species in the US, is characterized by its short, divided leaves, with between four and eight leaflets (the other two species have more leaflets), and flowers that are yellow in color, rather than creamy-white. The five ovate petals are approximately equal in size, somewhat wrinkled in appearance, and usually have a few orange dots towards the base. The ten stamens are exserted, topped by orange anthers. Flowers form in racemes at the tip of the branches.

Trunk and branches have smooth, green bark. A thorn is present at the leaf nodes. The pinnate leaves are attached by short stalks, and they form as a pair; each is short (less than one inch), similar in length to the thorn. Fruits are narrow green pods, not constricted between the seeds. 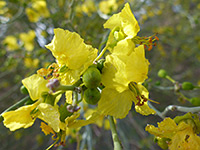 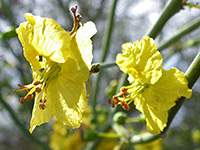 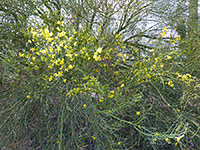