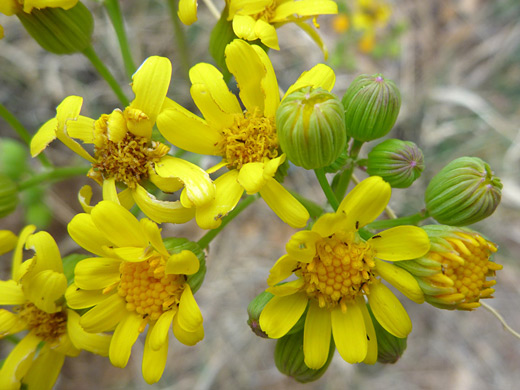 Stems of packera quercetorum are thick, ribbed, and reddish-purple at the base, as are the leaf stalks. The leaves are deeply dissected into toothed, ovate lobes - almost separate leaflets, sometimes reddish at the tips of the teeth or all along the edge. The terminal lobe is markedly larger than the others. Edge teeth can be sharp and quite small, or much broader, and fewer in number. Leaves usually have between 2 and 6 pairs of lateral lobes. Plants may have one stem or up to four.

Flowers form in loose clusters above the stems, which branch towards the top; plants typically produce between 15 and 40 heads. Flowers have 13 yellow ray florets (occasionally fewer), about a third of an inch long, which bend downwards when mature, below the plane. The involucre is ringed by a single row of 21 phyllaries (sometimes 13), all the same length, which are mostly fused. Phyllaries are light green, with yellowish tips. The center of the flowerhead contains up to 70 disc florets. 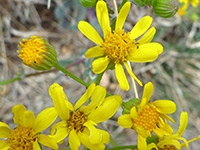 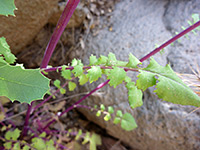 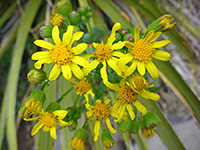 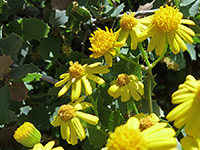 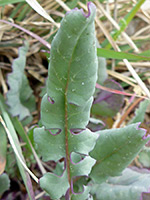 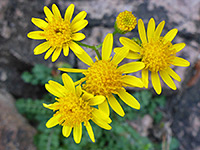 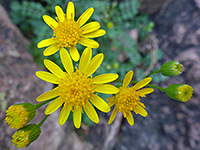 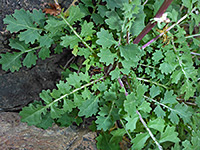 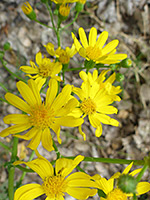 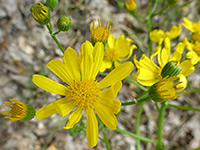 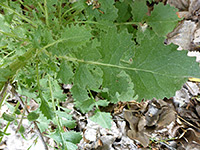