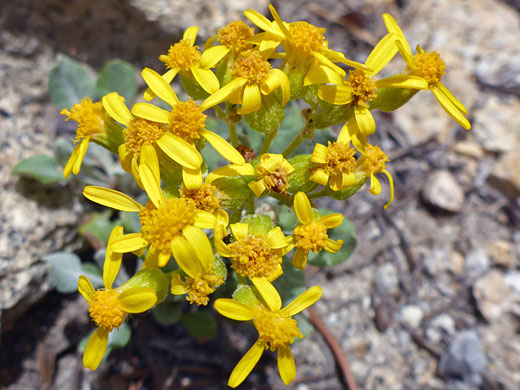 Woolly groundsel (packera cana), Cottonwood Lakes Trail, Sierra Nevada, California
Identifying features of packera cana include the unlobed, hairy, ovate leaves, the yellow ray florets and the whitish (canescent) hairs on the leaves, from sparse to dense. This species is largely found in mountainous areas of the West, and is most common in the Sierra Nevada and the Rocky Mountains of Wyoming and Colorado, though it also occurs in coastal regions, in Oregon and Washington.

Plants produce one stem, with leaves at the base (mostly), and a little way above. Leaf margins are usually flat, and entire, though sometimes wavy and/or shallowly toothed. Flowerheads have both disc and ray florets, respectively 35 to 50 and eight to ten. Phyllaries number 13 or 21, and they have a covering of tomentose hairs. Flowerheads form in a flat-topped cluster, of between eight and 15, or more. The bractlets at the base of the involucre are inconspicuous. 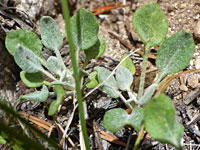 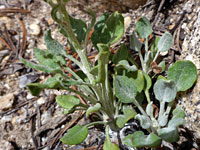 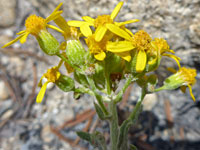 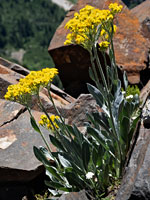 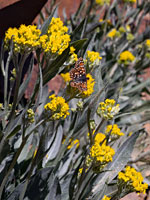