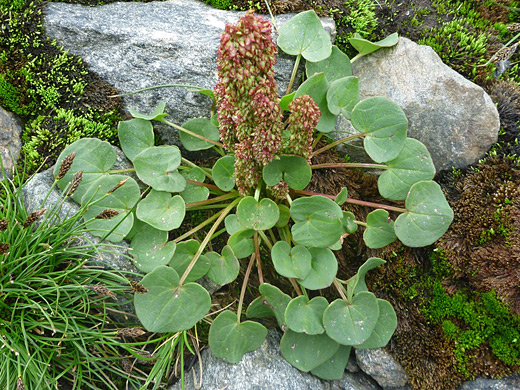 The leaves of oxyria digyna are quite distinctive, as this is one of relatively few species with reniform foliage; the green to purplish leaves have a rounded apex and rounded projections below the stalk attachment point. They grow mostly around the base of the plant, on stalks that are several times longer than the leaf width, up to 5.5 inches.

The inflorescence is an unbranched, leafless spike bearing dozens of small flowers, greenish red in color, formed of four sepals, elliptic or circular in shape. Plants typically produce one to four flower stalks. The leaves are edible. This species is commonly found in areas that are snow-covered in winter but clear relatively early in the season. 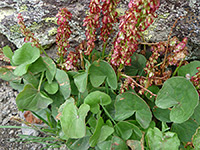 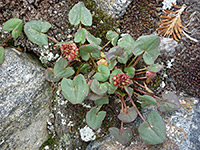 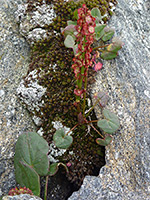 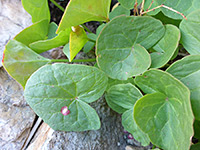 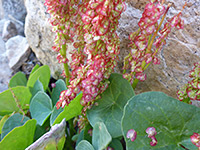 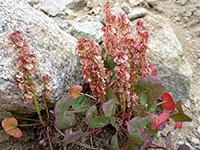 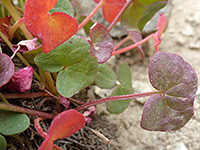 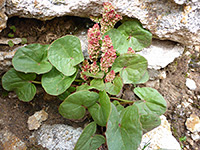