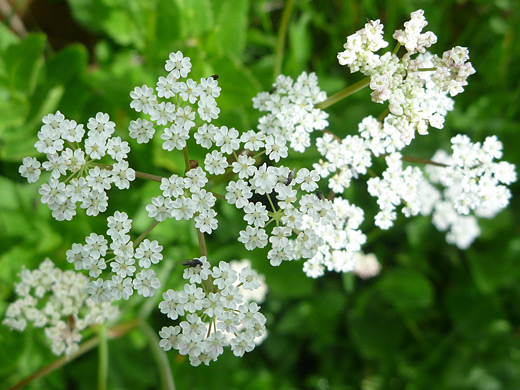 Oxypolis fendleri is a familiar sight beside streams and in wet meadows in the southern Rocky Mountains and nearby ranges; divided, mostly basal leaves, a thick green stem and flat-topped umbels of tiny white flowers. The divided leaves are somewhat variable; those up the stem have leaflets that are narrower and less likely to be toothed. The common name, cowbane, refers to the toxicity of the plant to animals, especially cattle. The stem branches a few times; at the base of each branch is a sheath, several inches long, which tends to wither around flowering time.

Flower clusters are divided into umbellets, typically between 5 and 15, each containing 10 to 20 or more separate flowers, which have five notched white petals around a greenish white center. The whole cluster is small, only 2 to 3 inches across, though plants can form large colonies, covering the ground for many square feet. 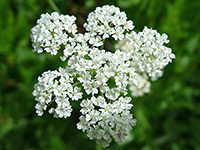 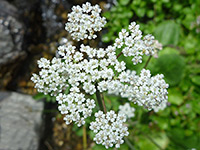 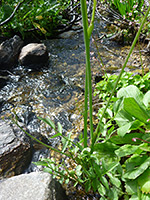 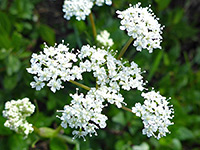 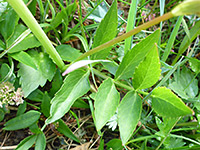 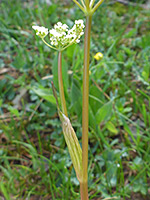