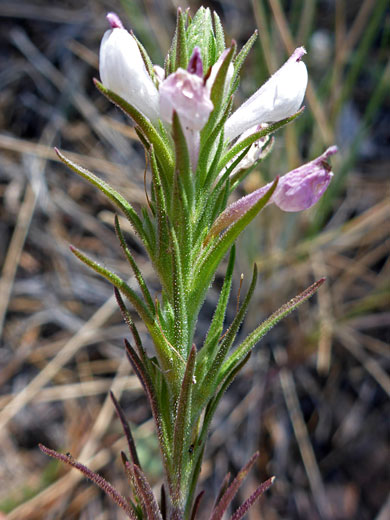 As the species name suggests, flowers of orthocarpus purpureoalbus are bicolored, a mix of purple and white; the corolla tube is pinkish purple, while the uppermost of the two lips is darker purple; the lip is narrow and straight, projecting outwards, and terminating in a small spike. The much wider lower lip is mostly white, and expanded to form a pouch. All corolla parts become purple as they mature and then wither. Flowers form in relatively small numbers towards the top of the stem, blooming gradually higher up the stem as the season progresses. Flowers are subtended by narrow, lobed bracts, similar to the leaves but shorter.

Stems are dark greenish purple, and covered by short glandular hairs, as are the leaves, which are divided into narrow, linear lobes. Plants produce one, slender stem, which may branch a few times above the middle. 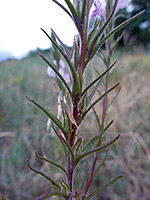 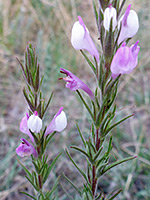 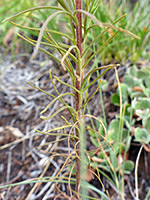 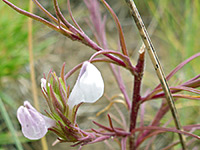 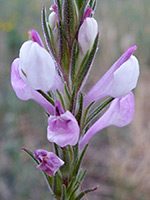 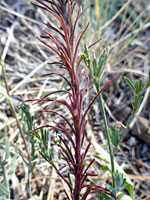 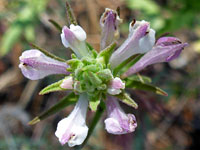