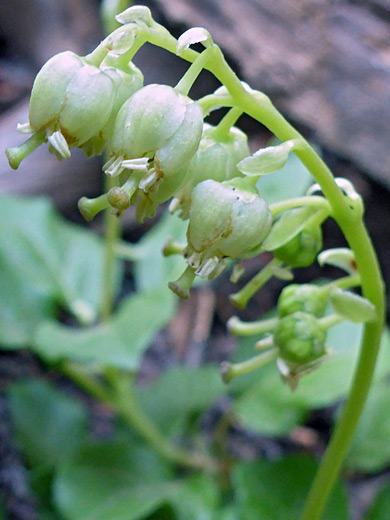 Orthilia secunda is found at low elevations in Canada and the Arctic, but for most of the US occurs in higher, mountainous areas, in particular the Sierra Nevada, the Cascades and the Rocky Mountains. This is the only species in a monotypic genus; it was formerly in the genus pyrola, and is distinguished by having flowers along one side of the stem (secund) rather than symmetrically arranged.

The flowers are formed of five greenish petals, partly fused right at the base, forming a cup-shape that encloses ten stamens and a stigma, all protruding slightly beyond the petals. Underneath are five small, triangular sepals. Flowers (typically numbering between four and ten; sometimes many more) are borne on short stalks, angled sideways or slightly downwards. Flowers may be subtended by a few small bracts.

The green stems are vertical or leaning, and are hairless, though may be covered by tiny bumps, more so towards the top. The relatively large, bright green leaves are also hairless, and they have wavy or finely toothed margins. 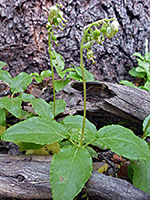 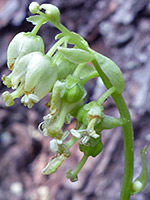 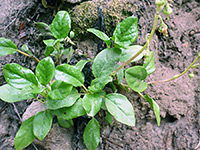 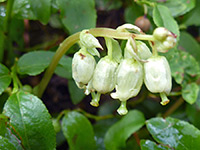 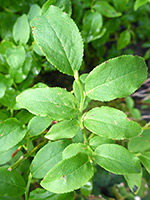 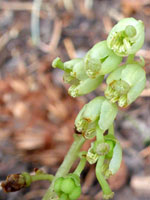 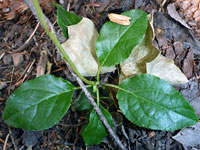 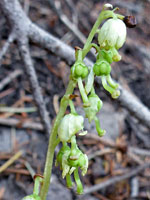