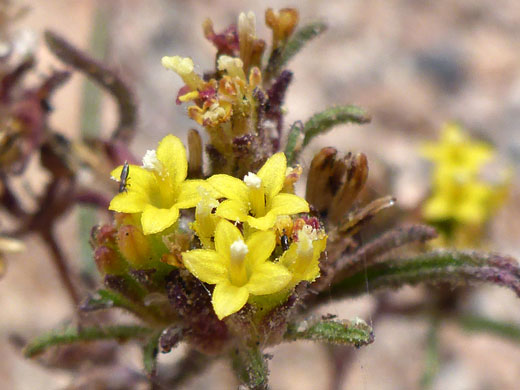 Orochaenactis thysanocarpha is the only species in a monotypic genus, and it has a limited range in the southern Sierra Nevada. Plants can be 10 inches high though in some locations may only reach 2 or 3 inches. Leaves are relatively long and narrow, and slightly upturned along the midvein. Leaves are opposite towards the base, becoming alternate higher up.

Flowerheads contain disc florets only (four to nine), and these are relatively large, with five triangular yellow lobes, and exserted stamens. Phyllaries, often purplish, number from four to seven, and, like the leaves and stems, have a covering of glandular hairs. Flowerheads form in small clusters, of up to five, at the tip of the stem branches. 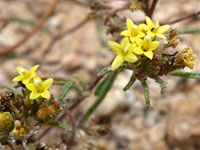 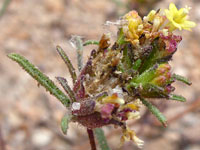 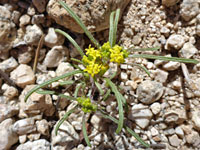 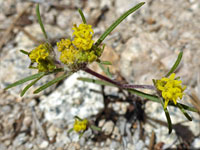