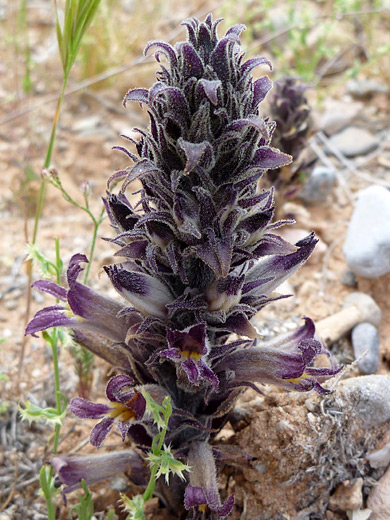 Orobanche cooperi is a parasitic species, lacking any proper leaves, instead drawing nourishment via the roots of other plants (usually members of the asteraceae family). It produces a stout stem bearing densely-packed flowers from base to tip; individual blooms are around one inch long, hairy on all surfaces; they have a tubular corolla opening to several pointed lobes; those on top are a little longer than those below. The stigmas and anthers are also hairy. The base of the corolla is white and the lobes are deep purple, though in some specimens only the very tips are purple and the plant appears whitish overall. Stems may branch near the ground, sometimes forming sizeable clusters. The species is relatively rare, but can be locally common in favorable areas.

There are three subspecies (established by research in 2015), differing in such aspects as corolla length and hairiness of the anthers. Ssp latiloba and ssp cooperi are found in the Mojave and Sonoran deserts, while ssp palmeri occurs in the Chihuahuan Desert. 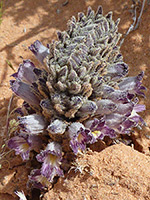 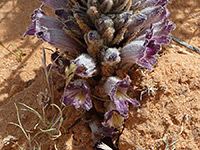 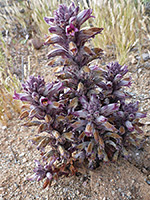 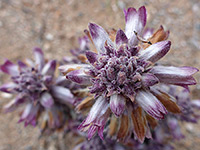 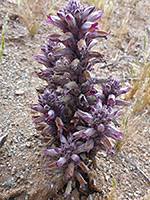 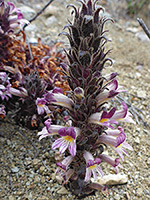 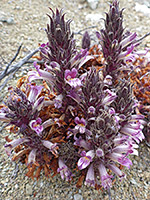 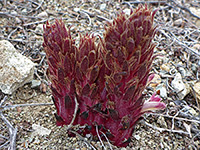