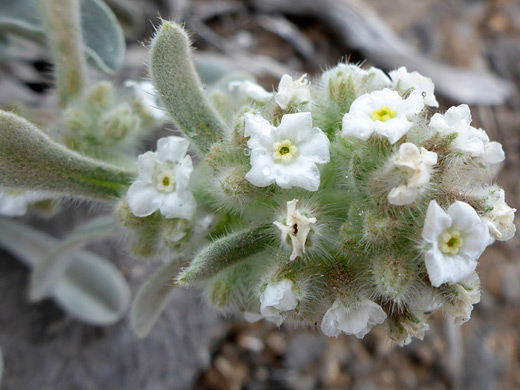 White flowers of oreocarya tumulosa, at Mountain Springs Peak, Red Rock Canyon National Conservation Area, Nevada
Leaves of oreocarya tumulosa are larger than those of many other species in this genus, and appear grey-green due to a covering of short, silky hairs, mixed with longer, spreading, bristly hairs, most noticeably along the margins and undersurfaces. Leaves are slightly folded up along the axis. Plants produce several to many stems, topped by dense, cylindrical flower clusters, which do not elongate as they mature.

Flowers are formed of a green, five-lobed calyx, densely covered by yellowish bristles, and a white corolla, which has yellow appendages at the center. The corolla tube is similar in length to the calyx. When mature, the corolla lobes bend backwards. The corolla becomes pale brown as it withers. This perennial species is uncommon, restricted to desert mountains either side of the southern California/Nevada stateline. 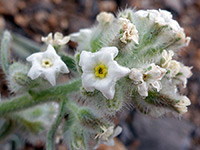 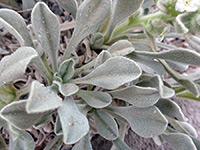 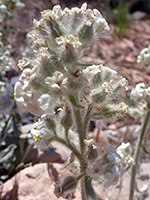 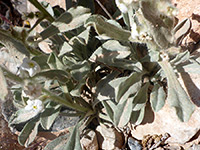 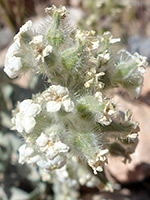