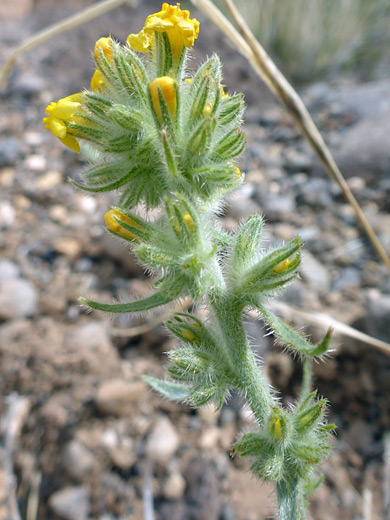 Oreocarya flava, Grand Staircase-Escalante National Monument, Utah
Oreocarya flava is one of the comparatively few yellow-flowered oreocarya/cryptantha species, and as such is easier to identify than the white-flowered varieties. The plant is a perennial, and the dry, light brown stems and leaves from previous years are usually visible amongst the new growth. Plants typically produce a dozen or more short stems, erect or reclining, topped by spherical or elongated (up to 6 inches) clusters. Leaves grow around the base and at alternate intervals along the stems, and they tend to point upwards.

Flowers are tubular, opening to five rounded lobes, a third of an inch across, which have raised appendages at their base. The corolla is supported by a bristly calyx (a little less half an inch long), also divided into five lobes, which are narrow and pointed. Bristles are quite coarse, and widely spreading. The fruit contains four small nutlets, of which usually only one or two ripen. 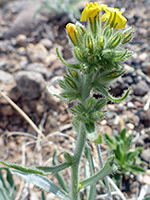 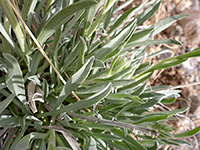 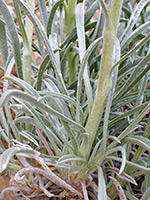 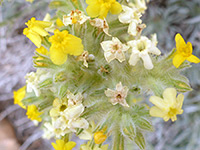 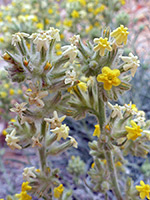 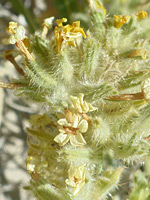 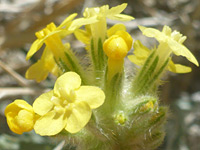 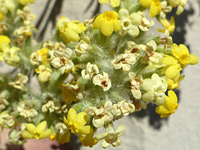