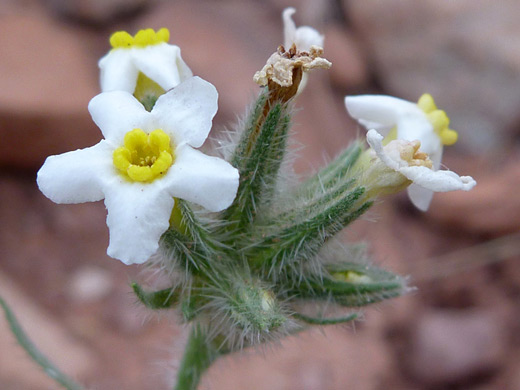 Oreocarya capitata has limited distribution in southeast Utah and the Grand Canyon corridor in north Arizona. The species name refers to the head-shaped inflorescence; plants produce near-spherical clusters at the top of the stems, typically containing around a dozen flowers, pointing in all directions. Plants grow relatively tall, higher than most other oreocaryas, and they have a rather less dense covering of hairs, allowing the dark green color of the stems and leaves to be clearly visible. Hairs are white, rough, fairly short, and (for the leaves) pressed against the surface. Leaves grow densely around the base and at alternate intervals most of the way along the stems, which point either upright or at an angle.

Calyx lobes are green, not fused, covered by bristlier hairs, of various lengths, though still relatively short. The corolla tube is pale yellow to white, while the five lobes are pure white, joined at the base to a ring of raised yellow appendages (fornices). Lobes are bent backwards when mature. 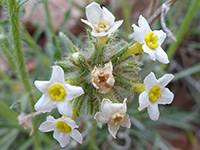 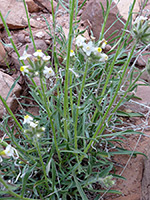 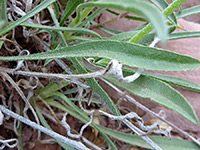 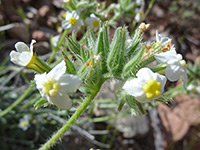 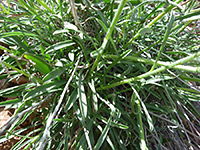 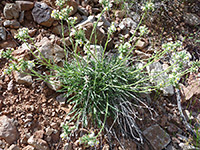