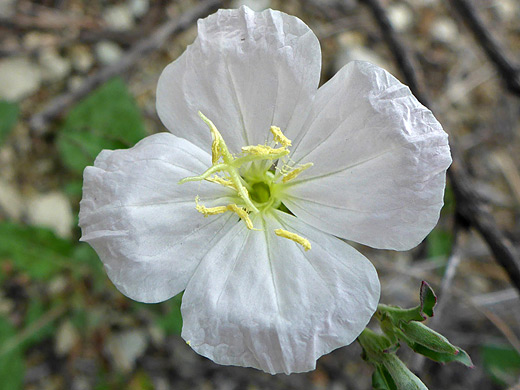 Stems of oenothera kunthiana are around one foot long, prostrate or growing at an angle. Stems have a covering of short, appressed hairs, most densely towards the top. Leaves are initially produced as a basal rosette, later appearing on the stems; plants are perennials, generally not blooming during the first season. Leaves may be lined by shallow teeth, or larger lobes.

Flowers form singly, at the top of the stem and at the upper leaf nodes. The four petals are colored white, becoming pink, between 1 and 1.5 inches long, and crossed by a few lengthwise veins. At the center are eight stamens with pale green filaments and yellow anthers attached at their midpoints, and a style topped by a four-pronged stigma. The style is about the same length as the stamens, sometimes slightly longer. 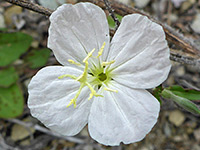 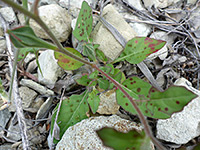 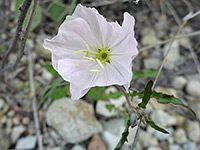