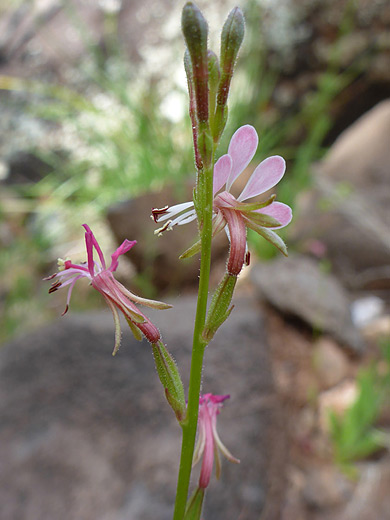 Oenothera hexandra, formerly gaura hexandra, is an inconspicuous plant, especially when not in flower, as the stems are slender and the leaves grow mostly at the base, often obscured by other vegetation. Stems are covered by white hairs, longer or as long as the width of the stem. The oblanceolate leaves have much smaller hairs along their edges. Leaves gradually taper to the base, and are rounded at the apex.

Flowers are borne in small numbers at the top of the stems, on slender, light green stalks. Buds are green, enclosed by the four sepals which become pink then reddish when blooming, and are fully recurved, bent back along the stalk. The four petals are pale pink, later darkening, and narrow, held at varying angles, sometimes rolled up or recurved. Eight stamens and one pistil project forwards. The stamens have white or pink filaments and purple anthers. Fruits are green, six-chambed spheres, becoming darker as they dry. 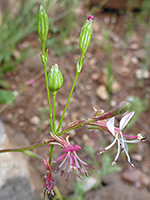 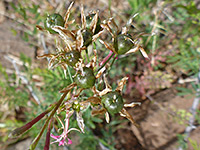 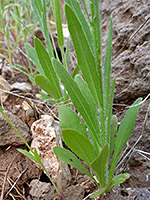