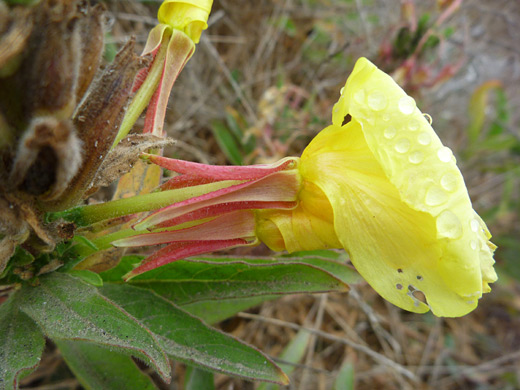 Oenothera glazioviana is a naturalized plant, and probably a hybrid, thought to originate in Europe. In the US it is found along the Pacific coast and adjacent areas, up to about 1,500 feet. Stems are stout, growing upwards, bearing relatively large leaves at closely-spaced, alternate intervals. Leaf edges are somewhat crinkled, or folded up, and they may be either toothed or entire. Stems and leaves have a covering of short strigose hairs, and also longer, spreading hairs, which have red bases.

Both petals and sepals are also large, in the range one to two inches long. The four sepals are red on the outer surface, pinkish on the inner, and when mature they bend fully backwards, lying against the stalk. The four petals are yellow, becoming orange then red as they age. 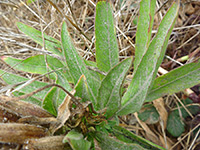 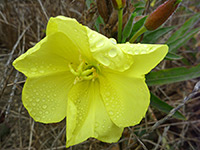