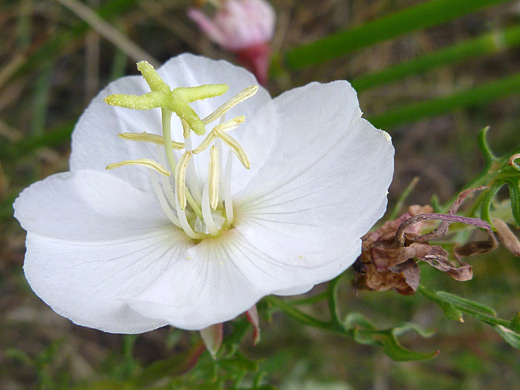 Many primrose species are similar, but oenothera coronopifolia can easily be identified by its leaves, which are deeply divided into short, pointed, separated, linear segments. They grow most of the way along the stems, which are woody and rigid, again different to some other species which have shorter, weaker stems. Flowers are about 2 inches in diameter, formed of four white petals above four smaller sepals, with a center of 8 stamens and a four-pronged style. The petals overlap at the base but the edges are unconnected. Buds are red, and the petals turn reddish as they wither. 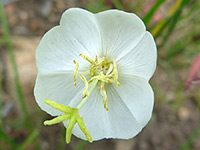 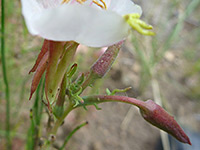 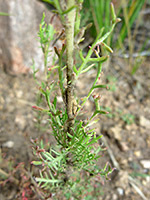 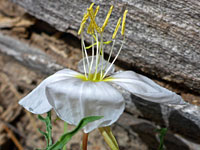 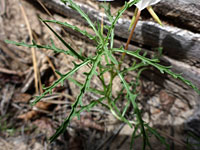