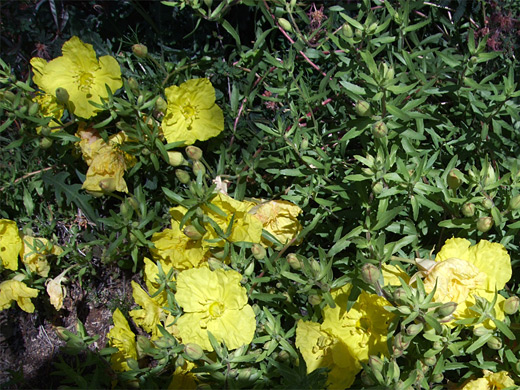 Like most members of this genus, the large, papery flowers of oenothera biennis open in early evening and persist only until late morning of the following day. They measure about 3 inches across, and all parts are yellow; the four petals (each formed of two lobes), the stamens and the four-pronged pistil. Stems have a covering of fine hairs and are often rich purple in color. The plant grows quite large, resembling a small shrub, with dense branches and many leaves; it has a two-year life cycle, sprouting basal leaves for the first year, then longer stalks with flowers during the second year.