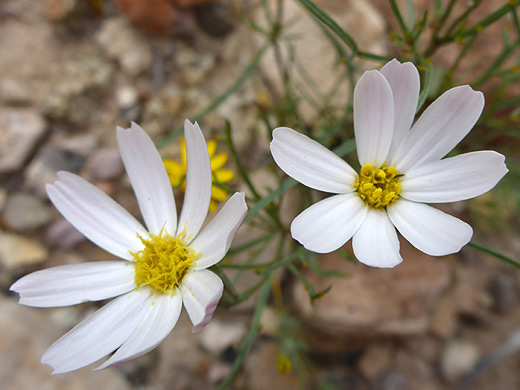 Nicolletia edwardsii has limited distribution in the US, found only in three counties in far west Texas, its range extending into the central part of north Mexico. Stems are purplish towards the base and green elsewhere, branching all along their length, bearing closely-spaced, grey-green leaves which are pinnately divided into linear, thread-like, bristle-tipped lobes. The lobes have a prominent yellow oil gland just below the tip; these exude a strong aroma if squeezed.

Flowerheads are large compared with the narrow stems and leaves - up to 1.5 inches across; they consist of 15 to 25 yellow disc florets, 7 to 9 broad, white ray florets (which have pinkish veins underneath) and a slender involucre, widest in the middle, which is enclosed by 6 to 8 lance-shaped phyllaries, fused apart from their tips. At the base of the involucre are 4 to 6 short bractlets (the calyculi). Plants flower mostly in the fall, but blooms can appear any time of year, following rainfall. 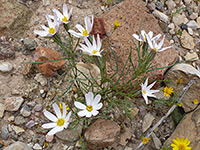 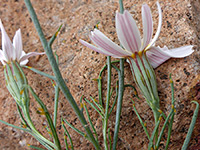 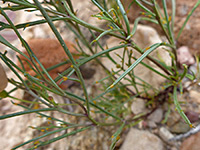 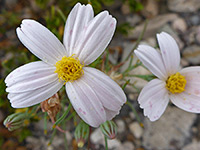 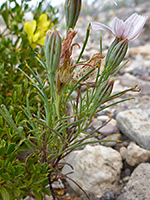