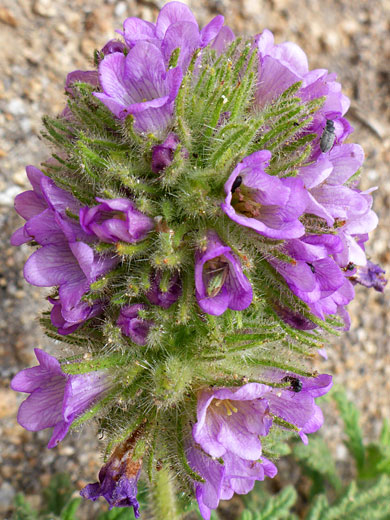 Nama rothrockii is mainly found in the San Jacinto Mountains, the Sierra Nevada and the White Mountains in California, with smaller occurrences in Nevada and northwestern Arizona. Spreading or upwards-pointing leaves grow at alternate intervals along the stems, and are largest around the middle. Stems, leaves and calyces are covered by short glandular hairs and longer, non-glandular bristles. Stems may be simple, or branch a few times.

The inflorescence is a dense, bractless, ball-shaped cluster of pinkish-purple flowers that become dark purple as they wither. The corollas, around 0.6 inches long, are funnel-shaped, widening towards the top, and opening to five rounded lobes, slightly overlapping at the base. Calyx lobes are narrow and linear, nearly as long as the corolla tube. 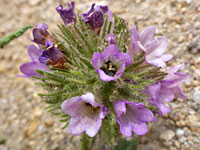 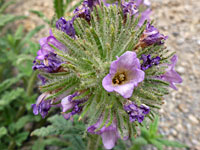