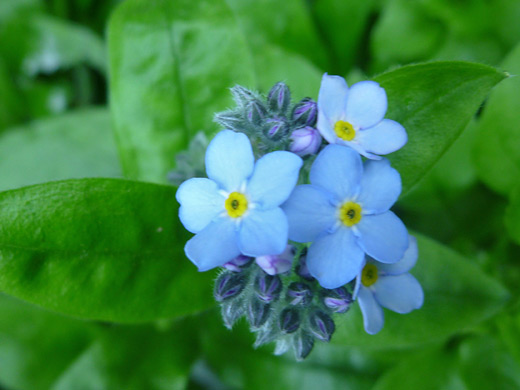 Myosotis latifolia is an African species, naturalized in the US, where it is most common along the Pacific coastline of central and north California. Stems have a woody base and a covering of rough white hairs, while the leaves are also finely hairy. Leaves grow around the base (ovate) and along the stem (oblong); they are entire, somewhat rounded at the tip, and have a prominent central vein.

The inflorescence is an elongated cluster, initially compact, becoming more open later in the season. Individual flowers are supported by a hairy, five-lobed calyx, and the corolla opens to five broad, ovate, pale pink to light blue lobes, which have a prominent yellow appendage at the base, together forming a ring. 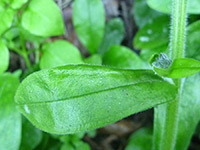 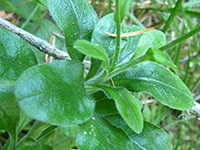 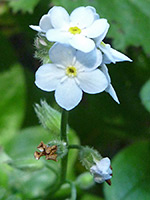 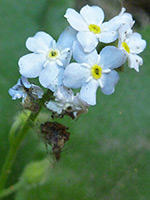