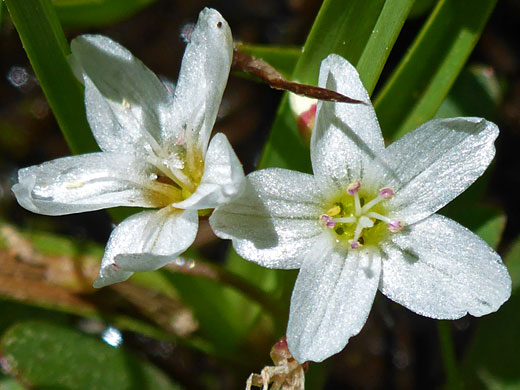 Montia chamissoi is widespread across the Sierra Nevada and the Rocky Mountains of Colorado, and is also found in many other mountainous areas of the West, from Washington to New Mexico. It is a low growing, mat-forming species found in wet locations, sometimes in shallow water, over a wide elevation range.

Leaves are short and relatively thick, often purplish along the margins, and about three times as long as wide. The bractless flowers are arranged in a short, elongated cluster, of between two and ten, some or most of which may be replaced by pinkish bulblets. Flowers have five white or pale pink petals (equal in length), five stamens with white filaments and pink anthers, one style and three stigmas. Although the inflorescence is usually terminal, a few flowers may also appear from the upper leaf nodes. 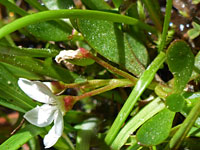 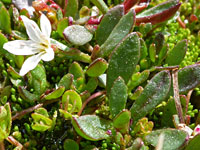 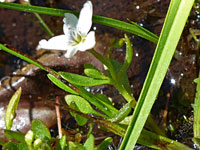 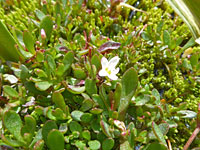