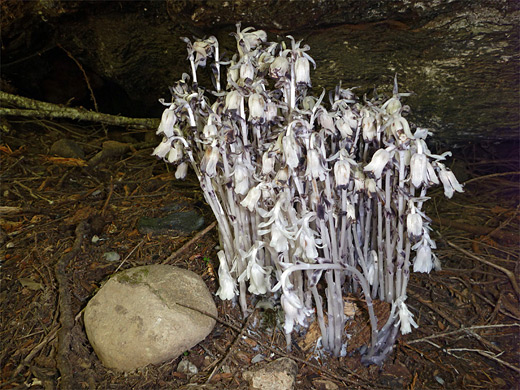 Indian pipe, monotropa uniflora, looks like a type of fungus, but this strange, uncommon plant is a wildflower, found in similar habitats to fungi; the cool, moist woodland of the Pacific and northern Rocky Mountain states. The pendent, bell-shaped flowers have between 3 and 8 petals, and around 10 orange anthers; they grow singly at the tip of short, white, waxy stems which have no true leaves, just small brownish scales at widely-spaced intervals. Flowers are usually pure white but occasionally have a pink or red tint. 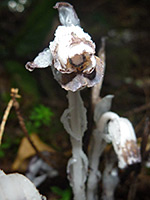 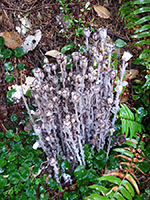