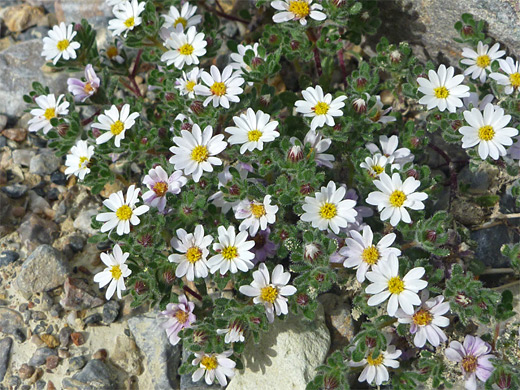 Monoptilon bellioides usually blooms in the spring but late summer rainfall may produce a second flowering. The plant is low growing, forming small mats, which display an attractive contrast between the bristly dark green leaves, the reddish purple stems and the pure white (less often light pink) petals. Flowers have between 6 and 11 ray florets and a center of many tiny yellow disc florets. The rays open out fully, or nearly so, but do not bend back below the plane (ascending rather than descending). The plant is common in desert locations, and in favorable years can cover the ground for many square feet.

The only other species in this genus, monoptilon bellidiforme, has slightly larger flowerheads, green rather than reddish stems, and less bristly fruits. 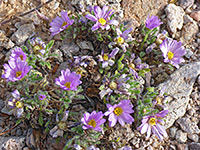 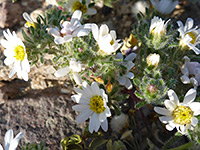 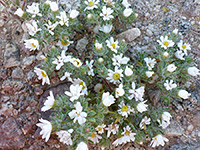 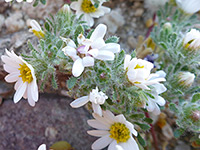 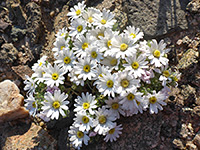 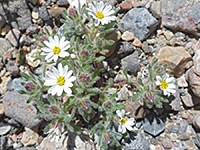