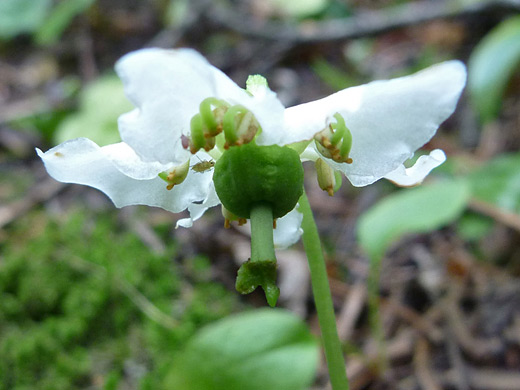 The unusual, nodding, easily-recognizable flowers of moneses uniflora are formed of five white, ovate petals and five shorter, round-tipped petals, at the end of a short, unbranched, green stalk, the tip of which curves downwards, so only the underside of the flowerhead is easily visible. Petals have somewhat ragged edges. At the center of the flower are a ring of ten, inwards-curving stamens around a thick style with a protruding, lobed stigma - all are green in color. Flowers and stems have a waxy appearance. The flower head is about one inch in diameter.

The plant is one of few species that flourish in cool, shady, moist locations in woodland, though the small size and upturned flowers can make it hard to spot. It spreads via roots, so several plants are often found in close proximity. 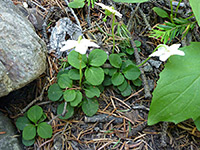 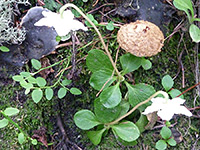 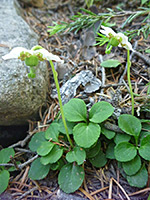 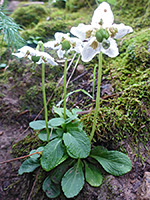