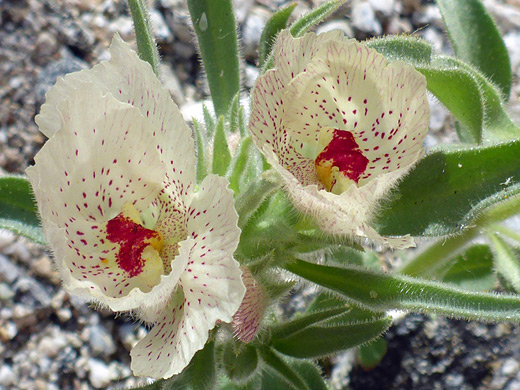 Mohavea confertiflora is one of the most attractive wildflowers of the Mojave and Sonoran deserts, and is relatively widespread, though not so common. The cup-shaped flowers are up to 1.5 inches long, formed of a two-lipped corolla and a short calyx of five equal lobes. The corolla is white to pale yellow, flecked with maroon spots, with a more extensive reddish patch at the base of the lower lip, which is shallowly to deeply divided into three lobes. The corolla has a covering of spreading, glandular hairs underneath, and its edges are fringed. The two stamens are short, generally hidden by swellings at the base of the corolla. Flowers form singly at the upper leaf nodes, which are closely-spaced, giving the top of the plant a crowded appearance.

Stems are short, erect, and may branch a few times. Leaves also have a glandular hair covering, most strongly along the edges and underneath. 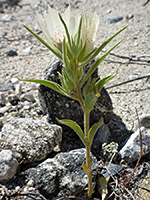 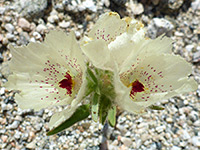 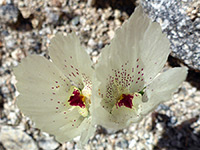 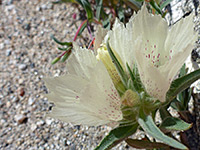 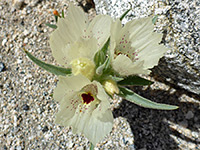