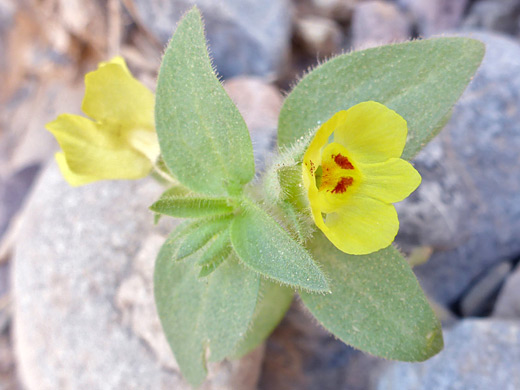 Flowers of mohavea breviflora form at the end of very short stalks (pedicels) between the leaf nodes, along the middle to upper portion of the stems, and are somewhat hidden by the much larger green leaves, which like the stem and buds (and underside of the petals) have a thick covering of short hairs.

The bilaterally symmetrical blooms are formed of five yellow lobes; the lower three have a large maroon patch towards the (expanded) base, while the upper two are speckled with maroon, also at the base. In the center are two stamens and two staminodes (infertile stamens). Flowers measure about 2/3 of an inch in diameter. 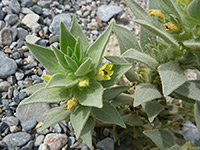 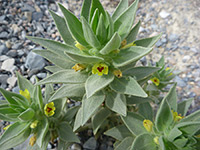 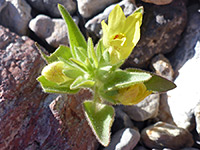 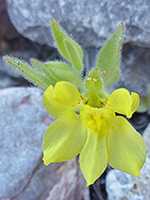 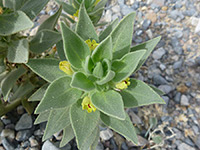