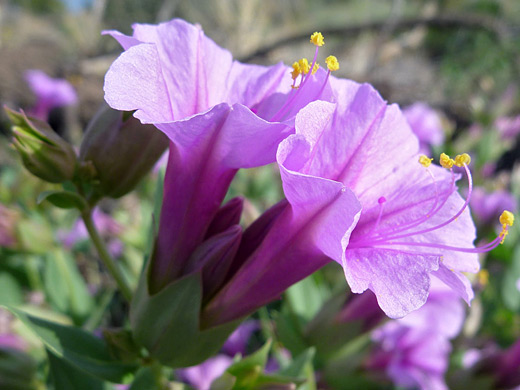 Mirabilis multiflora forms low clumps, sometimes covering the ground for several square feet. Both leaves and flowers are large, the latter 1 to 2 inches in diameter, and consisting of five sepals fused to create a pretty pink corolla, held by a cup-shaped green bract with five triangular lobes. At the center are five pink stamens, projecting a little way above the flower, tipped with bright yellow anthers.

The number of flowers is quite dependent on the amount of recent rainfall, but many dozen blooms appear under the right circumstances. They grow at the end of the leaf stalks, usually in clusters of six. 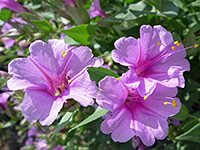 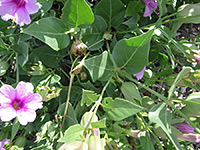 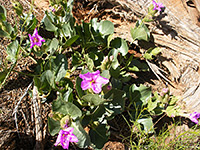 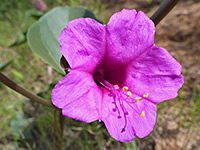 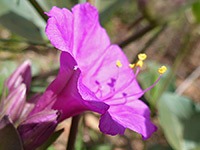 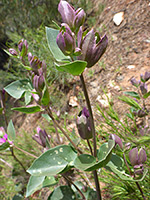