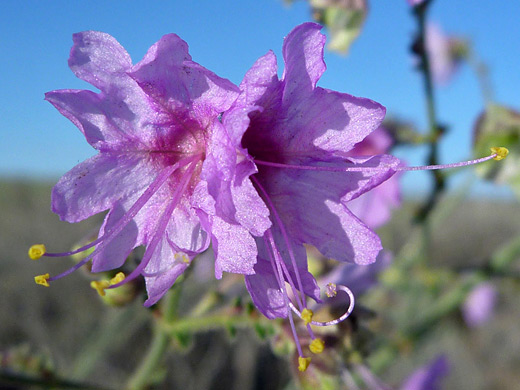 The grey-green foliage provides one means of distinguishing mirabilis linearis from other members of this genus; leaves are long and thin, and point upwards, at angles between 5 and 80 degrees. They are relatively thick, tend to be folded upwards along the prominent center vein, and are ascending, at a range of angles. Leaf tips may be sharply pointed or somewhat rounded. Plants can be fully upright, or lie along the ground. Flowers form in clusters at the end of the stem and from the upper leaf axils; the former are more branched. Three flowers are produced at the end of each stalklet (not necessarily blooming at the same time), deep pink in color or less often white, with five split lobes and five projecting pink stamens at the center, topped by yellow anthers. The involucre forms an inflated, papery chamber when in fruit.

Three varieties are var subhispida, in which the stems are more hairy, especially towards the base, var linearis with linear leaves and pinkish flowers, and var decipiens with narrowly lanceolate leaves and more purplish flowers. 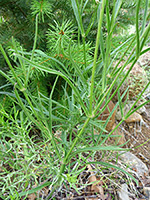 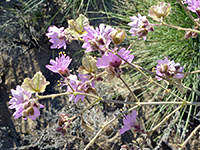 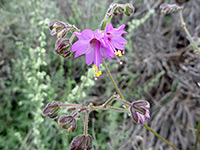 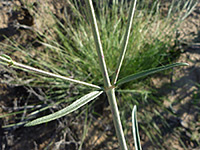 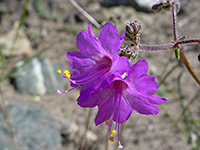 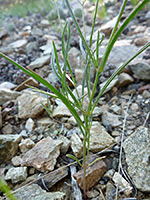 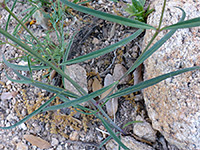 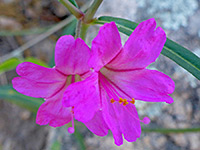 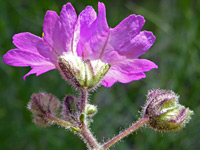 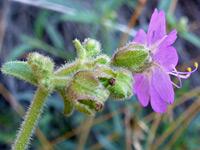