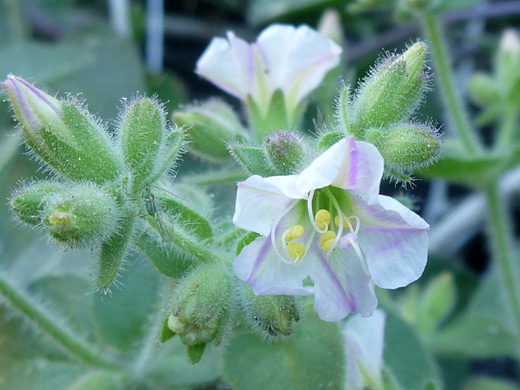 White, purple striped flower of mirabilis laevis, in Ford Canyon, White Tank Mountains, Arizona
Stems and leaves of mirabilis laevis have a covering of white glandular hairs, variable in length and density. Stems of older plants become woody at the base, and branch readily, forming clumps. Leaves are quite thick, growing in opposite pairs, often somewhat unequal in size, and angled outwards, not ascending. Flowers form singly in the upper leaf axils and in a small cluster at the top of the stems.

Individual flowers are formed of a green, five-lobed calyx and white to magenta corolla that opens to five lobes, notched at the tip and often partly folded. The flower center is greenish, and contains five white, yellow-tipped stamens, often curved near the top, though generally projecting beyond the corolla lobes. The width of the lobes is generally less than the height of the corolla tube.

There are three varieties: var crassifolia of western California usually has pink to purple flowers, while var retrorsa and var villosa, both further east, have white flowers, and may be distinguished by seed characteristics and the degree of hairiness. 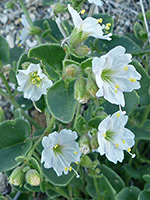 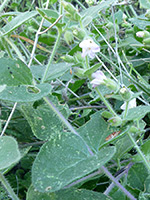 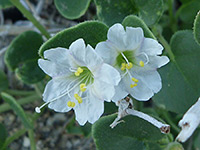 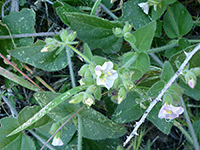 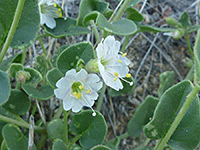 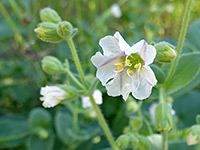 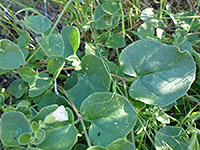 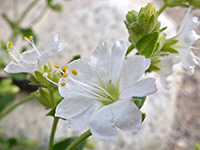 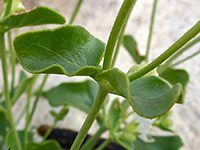 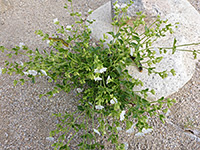 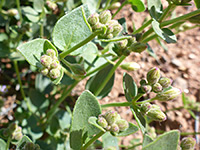 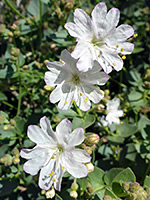 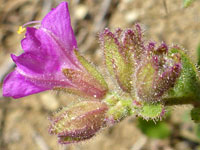 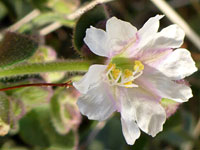 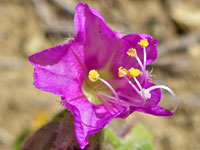 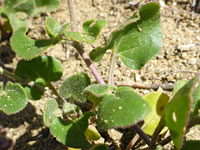