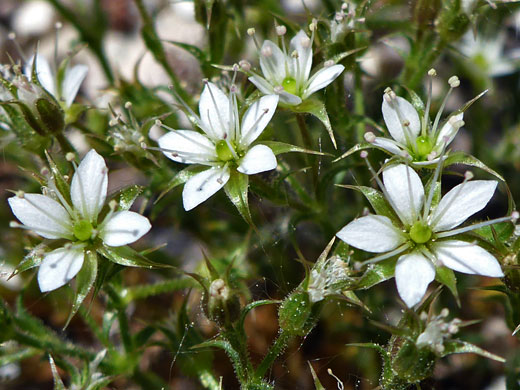 Minuartia nuttallii occurs mainly in the Sierra Nevada and northern California, and the northern Rocky Mountains, with other populations between these regions. Plants form mats or low clumps, with many slender, dark green, branched stems, which, like the leaves and pedicels, have a dense covering of glandular hairs. Leaves are narrow and pointed, around half an inch in length, generally a little longer than the distance between the leaf nodes. Leaves may be spreading or appressed, and are evenly spaced.

The open, cyme-like flower clusters contain up to 30 heads, each subtended by a pair of bracts. Flowers have five lance-shaped sepals, dark green with whitish margins, and sometimes purple at the tip, and five obovate white petals, unnotched at the (blunt-pointed) tip. Sepals are crossed by either one or three veins. 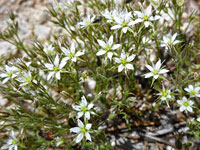 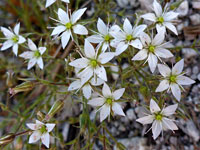