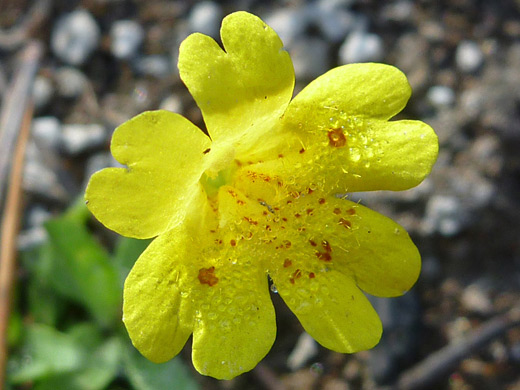 Characteristics of mimulus primuloides include the relatively small corolla lobes (significantly shorter than the tube), the equal size of the corolla lobes, the palmately three veined leaves, the small plant size, and the notch at the tip of the corolla lobes, which is rather deeper than for most similar species. Plants inhabit moist environments at a wide range of elevations, and they spread by sprouting from the roots, forming low mats.

Stems are hairless, while the leaves may either hairless or densely hairy, on the upper surface. Flowers are borne on stalks of up to four inches. The five calyx lobes are equal in size, and very short. The corolla tube is a little less than an inch long, and opens to five lobes, two upper and three lower. The lower lobes usually have a large red spot at the center, with smaller red dots lower down, within the tube.

Var linearifolius has more linear leaves, pointing upwards, and not-rosetted, while the much more widespread var primuloides has oblong leaves, in rosettes. 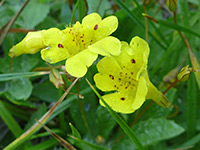 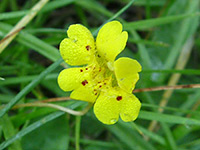 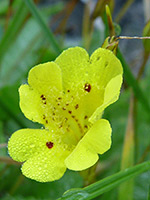 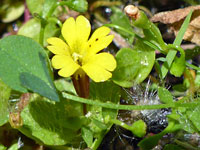 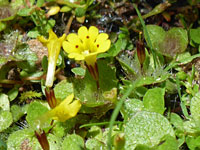 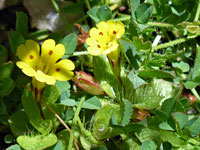 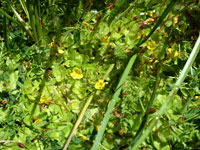 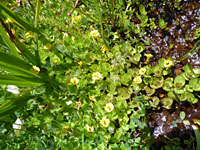