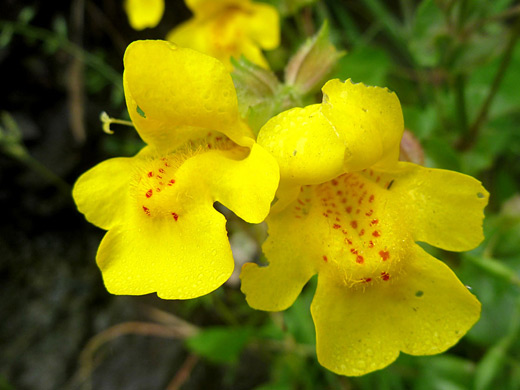 Common monkeyflower (erythranthe guttata) - Mendocino Headlands State Park, California
Like most species which inhabit a wide range of habitats and elevations, erythranthe guttata (formerly mimulus guttatus) is a variable plant, in such characteristics as height, growth form, leaf shape and degree of hairiness. The yellow, bilaterally symmetrical flowers grow on thin stalks from the upper parts of the leaf branches; the tubular corolla opens to two upper lobes, curved backwards, and three lower lobes, the middle of which is rather wider than than other two, and has a small notch in the outer edge. The center of these lower lobes is humped, covered with short yellow hairs and is speckled with orange-red spots.

The inflorescence forms on a short spike (raceme), usually bearing five or more flower heads, each supported by a reddish-green, ridged involucre. Plants may grow vertically, up to 3 feet, or spread mostly sideways and be just a few inches tall. 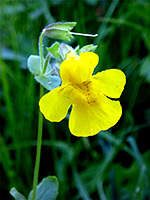 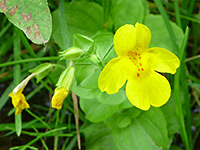 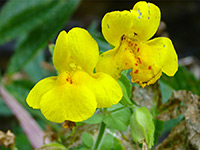 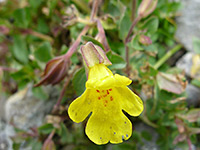 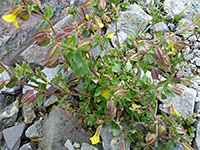 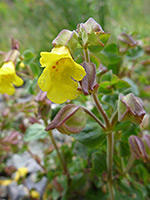 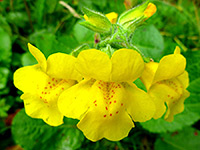 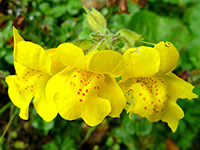 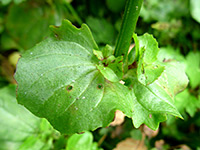 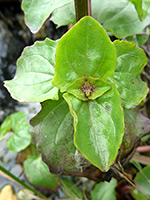 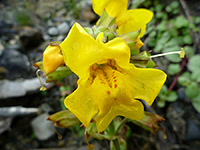 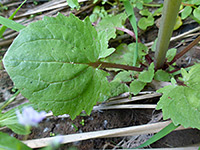 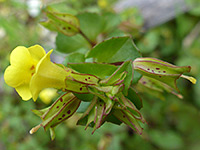 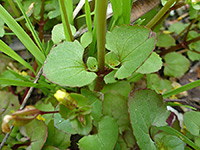 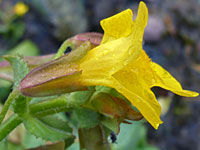