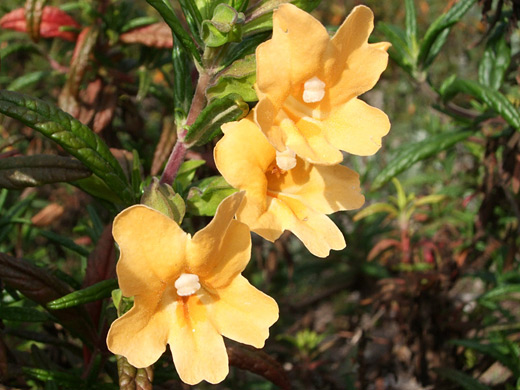 Three flowers of the sticky monkey flower (mimulus aurantiacus), in Montana de Oro State Park
The narrow, dark green leaves of mimulus aurantiacus are generally smooth but may have a light hair covering; their most noticeable characteristic, however, is the stickiness, being covered in a glandular resin that helps prevent dryness. Leaves have a depressed midvein and pinnate side veins.

Flowers are smaller and less colorful than other species in this large genus, but have the familiar five lobe arrangement; two at the top, three underneath, centered on a tubular corolla. The edges of the lobes are somewhat irregular. The plant is found mostly in California, but in many locations, all across the state, and is variable in appearance, due in part to local hybridization. Pale orange is the usual color of the flowers, but they may instead be pale yellow. 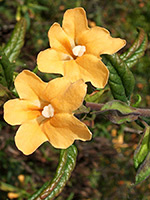 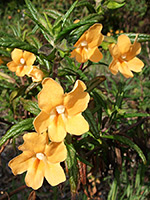 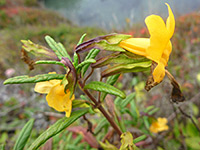 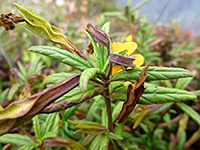 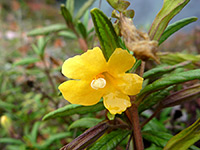 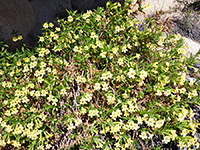 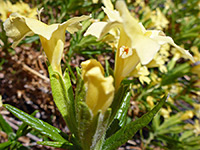 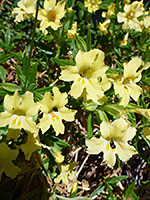 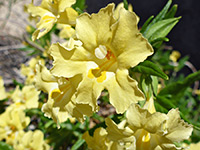 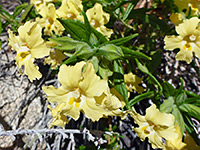