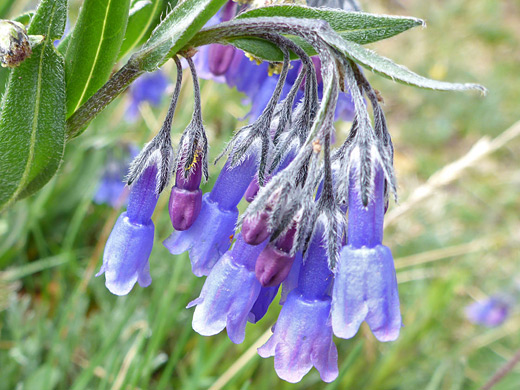 Mertensia lanceolata inhabits a wide range of habitats and elevations, and is quite variable, in such aspects as flower color (dark blue to pale blue to pinkish-purple), growth form, leaf shape, leaf hairiness and calyx hairiness. The flowers are typically small and bell-shaped, formed of five fused petals supported by five pointed green bracts, held in compact clusters along the upper half of the stem. Flowers point downwards. Plants can produce sizeable colonies, several feet across, though not generally as large and certainly not as tall as the similar mertensia ciliata. 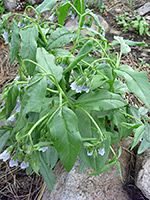 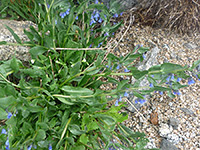 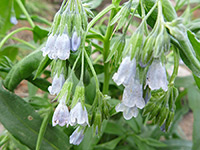 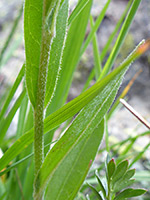 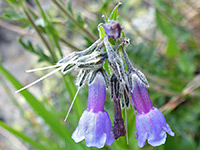 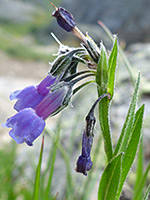 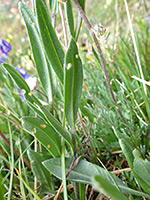